You are here: Home > Article

Update: At the 26th GST Council meeting, it has been decided to implement he inter-state e-way bill from 1st April, 2018. For intra-state movement, the e-way bill will be rolled out in a phased manner starting from 15th April, 2018, such that all states are covered by 1st June, 2018.

E-way bill or Electronic-way bill is a document introduced under the GST regime that needs to be generated before transporting or shipping goods worth more than INR 50,000 within state or inter-state. The physical copy of e-way bill must be present with the transporter or the person in charge of the conveyance and should include information such as goods, recipient, consignor and transporter. The e-way bill was rolled out nationwide on 1st April 2018.

Why has the e-way bill been preponed?

The e-way bill GST provisions had primarily targeted a single national level e-way bill, which could be used by suppliers and transporters all across the country. Till such time as this national e-way bill was ready, the States were authorized to continue their own separate e-way bill systems. However the GST Council received several representations from the trade and transporter communities, stating that this was causing an unnecessary bottleneck to the inter-State movement of goods, prompting the need for an earlier implementation of the e-way bill. As a result the GST Council, reviewed the readiness of the hardware and software required for the nationwide rollout of e-way bill, and has announced the renewed date, post discussions with all the States.

What is GST E-Way Bill?

Under GST, the process and procedural aspects for the movement of goods are prescribed in the e-way bill rules. E-way bill stands for Electronic Way Bill. It is usually a unique bill number generated for the specific consignment involving the movement of goods. However, it is to be noted that the e-way bill implementation was deferred when GST came into being on the 1st of July, in order to give more time to the government, businesses and transporters to prepare for its full and final implementation. States like Gujarat continued to have Form 402 in GST, and clear rules were laid down as to how to help businesses fill a GST Form 402 online till the implementation of the GST e-way bill is complete.

When is the E-Way Bill applicable?

It is applicable for any consignment value exceeding INR 50,000. Even in case of inward supply of goods from unregistered person, E-Way Bill is applicable.

When should the E-Way Bill be generated?

The E-Way Bill needs to be generated before the commencement of movement of goods.

What is the validity of E-Way Bill?

Who should generate the E-Way Bill?

How to generate the E-Way Bill?

Form GST EWB-01 is an E-Way Bill form. It contains Part A, where the details of the goods are furnished, and Part B contains vehicle number.

Can E-Way Bill be generated for consignments of value less than INR 50,000?

Yes, either a registered person or a transporter can generate an E-Way Bill although it may not be mandatory.

What happens if multiple consignments are transported in one vehicle?

The transporter should generate a consolidated E-Way Bill in the Form GST EWB 02 and separately indicate the serial number of E-Way Bill for each of the consignment.

On generation of E-Way Bill, will there be any reference number generated?

Upon generation of the E-Way Bill, on the common portal, a unique E-Way Bill number called ‘EBN’ will be made available to the supplier, the recipient and the transporter.

What happens if goods are transferred from one vehicle to another vehicle in the course of transit?

Before transferring the goods to another vehicle and making any further movement of such goods, the transporter needs to update the details of conveyance in the E-Way Bill on the common portal in Form GST EWB 01.

What happens if the consignor does not generate the E-Way Bill even though the value of consignment is more than INR 50,000?

The transporter has to generate the E-Way Bill in Form GST EWB 01 on the basis of the invoice, bill of supply or the delivery challan.

What happens if E-Way Bill is generated but goods are not transported?

Will the E-Way Bill be made available for acceptance to the recipient of goods?

What happens if recipient of goods does not communicate the acceptance of rejection within 72 hours?

If the recipient of goods doesn’t communicate acceptance or rejection within 72 hours, it will be deemed as accepted by the recipient.

Is there a facility to generate or cancel the E-Way Bill through SMS?

The facility of generation and cancellation of E-Way Bill will be made available through SMS.

What happens if there is a mistake or wrong entry in the e-way bill?

What must be done if the validity of the e-way bill expires due to vehicle breakdown or other circumstances?

The validity of the e-way bill can be extended under circumstance of exceptional nature, law and order issue, trans-shipment delay, accident of conveyance etc by updating the reason for extension and the details in Part B of Form GST EWB-01.

The transporter or the person in charge of a conveyance should carry the following documents:

The E-Way Bill format in GST comprises of 2 parts – Part A and Part B.

The Part A of E-Way Bill in Form EWB 01 aims to collect the details of consignment, usually the invoice details. Accordingly, the following details need to be captured.

In Part B of Form EWB 01, the vehicle number in which goods are transported needs to be mentioned. This will be filed by the transporter in the common portal.

The major GST recommendations with regards to the e-way bill are as follows: 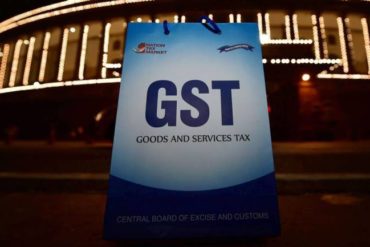 29 May
Ministry of Finance Recommendations of 43rd GST Council meetingCOVID-19 related medical goods including Amphotericin B for free distribution given ...
Continue

Union Budget 2021 on Amendment to GST 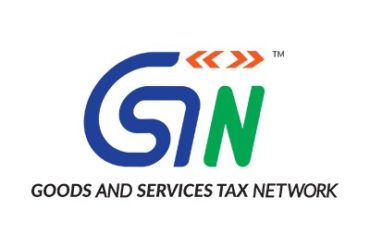 Clarification of issues relating to application of sub-rule (4) of rule 36 of the CGST Rules, 2017, cumulatively for the months of February, 2020 to August, 2020 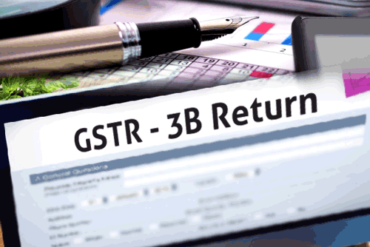 Relief in payment of interest to Taxpayers filing Form GSTR-3B

Relief in opting for Composition by Taxpayers & filing other Returns

27 Jun
Relief in opting for Composition by Taxpayers & filing other Returns 25/06/2020 Due to COVID-19 pandemic and challenges faced by taxpayers, ...
Continue 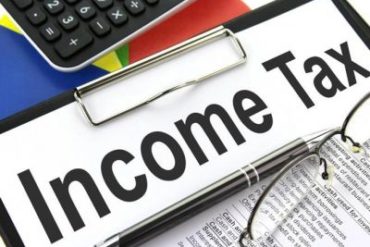 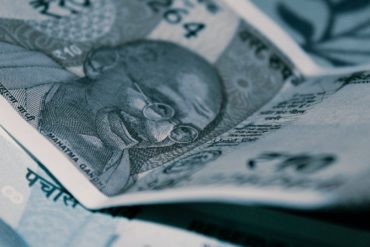 05 May
[To be published in the Gazette of India, Extraordinary, Part II, Section 3, Sub-section (i)] Government of India Ministry of Finance (Department of R...
Continue